AfricanMigos was coined from the popular American music group ‘Migos’ and they have begun their Afrobeats journey with an impressive new single titled ‘One Time’ featuring HKN’s finest Danagog. Danagog is famed for his several impressive records with Davido and the DMW camp over the years. Something worthy of note is that he still creates bangers today.

The positive feedback from this release led them to go a step further by shooting this impressive video directed by HD Genesis films and shot in Atlanta, Georgia.

AfricanMigos aim to carve a niche for themselves in the Group/Duo industry of the Afrobeats scene that seems untapped for years.

To be fair, one can say that they have what it takes. They are a twin and they make good and likeable music.

Watch The video to ‘One Time’ below and share with friends. 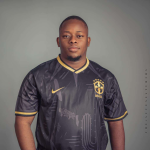 Nigezie And Other VMN Channels Rebrands

Enjoy The Best Deal this Ramadan With Adron Homes